Natural Hairline. What Does This Mean? 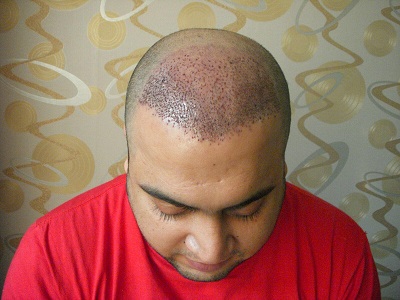 Origins of The Natural Hairline

Why is money responsible for the lack of natural hairlines today? We have to look back at the history of hair transplant surgery to understand. In the late 1990’s hair transplant surgery started to finally emerge from the dark ages and natural hairlines possible. Many clinics talked about natural hairlines but no one could really produce them properly. This was because the procedures had not been developed to do so. The problem wasn’t technology, the technology existed as long as modern surgery has existed. It was the combination of existing technologies that allowed for natural hairlines to finally be achievable. The combination of technologies consisted of a single blade scalpel for removing a donor strip with low transection rates and the use of stereoscopic microscopes to properly separate naturally occurring follicular bundles or follicular units.

A monk named Cherubin d’Orleans invented the stereoscopic microscope in 1677. Over 300 years later Dr. Bobby Limmer of San Antonio, Texas realized the benefits of using stereo microscopes in hair transplant surgery. They allowed clinics to dissect donor tissue into their natural follicular groupings including single hair grafts as needed. In many cases microscopes allowed clinics to CREATE single hair grafts out of multi-hair grafts when necessary. Truly natural hairlines will have a majority of single hairs in the front few millimeters of the hairline. While some double hair grafts will exist naturally in hairlines it is always an extremely low ratio. Dr. Limmer wrote about this  in the 1990’s and “follicular unit hair transplantation” became the standard of care worldwide. The quality of hair restoration results increased exponentially solely due to the this development.

In the early 2000’s a challenger to this new standard of care began to get some attention. This challenger was follicular unit extraction or “FUE”, as introduced by Dr. Ray Woods. FUE was created and exists so patients could avoid a strip scar. More natural results and better growth are not why FUE was invented. In fact, FUE is inferior for both issues.

I have said this since 2002. FUE still isn’t as good as strip surgery for naturalness or survival rates as it is performed by most clinics. There are clinics that have survival rates close enough to good strip surgery that the differences are inconsequential. These same clinics have achieved a parity regarding naturalness as well. For nearly twenty years debates have raged about survival rates but not naturalness. The details of what is and is not possible with FUE in this regard have been overlooked in these debates.  This article shares the facts about FUE and why it is inferior as it is performed by more clinics.